Celebrating the life of Maimie Smith

Home/Blog/Celebrating the life of Maimie Smith
Previous Next

Celebrating the life of Maimie Smith 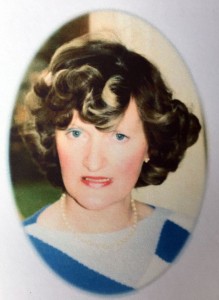 Resurge Africa is sad to announce the death of Maimie Smith (1940 – 2019). Maimie died in Ayrshire last week her life was celebrated today at a busy funeral service in Stair.
Maimie was a long-term supporter of Resurge Africa, and our Treasurer for many years. As secretary to both founding surgeons, Jack Mustarde and Martyn Webster, Maimie was very involved in the development of the charity, and in particular the work and trainees in Ghana. She will be missed by her many friends and family.

“I first met Mamie Smith when she was Secretary to JC Mustardé, the founder of ‘ReSurge Africa’. She gave the impression of being disorganised, but in fact she was quite the reverse! When I replaced Mr Mustardé as a consultant Plastic Surgeon I had to choose a private Secretary… After a busy clinic, seeing more than 125 patients in one morning, I asked Mamie if I could dictate the necessary letters to describe the consultations. Her reply was “I have already typed them Mr Webster.” She won the job! She was very involved in the charity and contributed in cash and general effort to make it the success that it is today. She was a wonderful person, kind, efficient and and possessed an amazing memory! I used to tease her that she knew everyone in Ayrshire, she laughed at this, but I believe that it was true.
A few years ago she suffered a stroke, which she bore bravely, but a subsequent stroke in late May this year killed her. She will be greatly missed by her close family and the patients that she befriended. I too miss her very much!”

About the Author: Elizabeth Dell