Douda Kamara is a six-year old boy growing up in Sierra Leone. When he was younger, he burned his hands quite badly – the kind of injury which happens to so many small children in West Africa – probably from putting his hands into boiling water or soup.

Open cooking fires in the home, or on the street, contribute to the fact that 45% of burn victims seen at the Reconstructive Surgery and Burns unit are under 5.

Douda had recovered well from the burn injury and all its risks, but was left with debilitating scarring to his hands. If not properly treated, the skin as it heals after burn injuries, contracts on itself. The wounds are painful, and so patients tend to keep the burned parts immobile. The scars settle and the joints, sometimes whole limbs, become contracted and immobile from the scarring.

In Douda’s case, he had lost the use of his right hand. He required surgery to release the scarred skin, and skin grafts to cover the newly opened hand. A time-consuming operation, but a standard one for reconstructive surgeons.

Douda was at the Holy Spirit Hospital in Makeni, Sierra Leone in November 2009 when a team from Resurge Africa and Don Carlos Gnocchi Foundation were undertaking their first reconstructive surgery mission. This partnership aims to bring the skills and training of Resurge volunteers and Ghanaian surgeons to help to set up a new reconstructive surgery service in Sierra Leone, where the Gnocchi Foundation has set up and equipped a hospital.

Douda’s surgery was successful, and he should regain good mobility in his hand. This will have a huge impact on his future and that of his family. 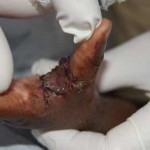 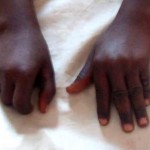 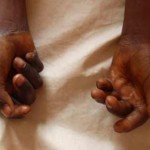 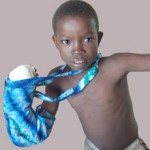