John Bortey is a cheerful young man whose face and head were ravaged by the disease, Noma. Noma is characteristic of malnourishment and is known as “the face of poverty”.

Noma is a gangrene-type condition that starts with a mouth ulcer and rapidly develops to destroy flesh and bone. John was lucky to survive as 90% of the hundreds of thousands, mainly children, who contract this disease annually in sub Saharan Africa die very quickly from it. Like the few other Noma survivors John was seriously disfigured, was unable to speak, eat or breathe normally and was treated as a social outcast.

He lived for 15 years with devastating deformity and disability resulting from his condition until, over a 2-year period, Resurge Africa teams performed highly complex cranio-facial surgery to repair the damage done to John’s face and immeasurably improve his quality of life.

His lower jaw has been returned to its original position; part of his hipbone has been used to rebuild his missing upper jaw.

John can now eat and speak normally, his appearance has been vastly improved and a final operation will improve appearance and function even further.

Such facial reconstruction is both time consuming and requires many operations and very special skills. In Europe this would cost in excess of £30,000. David Dunaway, a UK cranio facial specialist and Resurge Africa trustee led the operating teams in Ghana.

Without the Resurge Africa Project, this surgery would not have been possible. 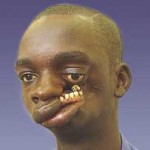 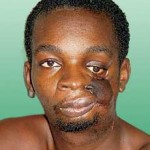